Culture and Animals Foundation > About > Board Mia is the executive director and founder of Brighter Green. She is a public policy analyst and writer, who has worked for a number of international non-governmental organizations and has published articles, policy papers, and reports on environment, sustainable development, and gender equality. She has taught at Columbia and New York universities. She is currently on the board of directors of the Green Belt Movement North America and has been a board member of Farm Sanctuary and the Food Empowerment Project. She holds a Master’s degree in Public Policy from the Kennedy School of Government at Harvard University, and a Bachelor of Arts from Columbia University. She lives in Brooklyn, New York. Martin is the co-founder of and editor-in-chief at Lantern Books, as well as the author of several books, including The Polar Bear in the Zoo: A Reflection and The Elephants in the Room: An Excavation. He was the co-founder of Satya magazine and is currently engaged in the Vegan America Project for Brighter Green. He lives in Brooklyn, New York. Gary is professor of philosophy at North Carolina State University, where he conducts research on ethical questions in the biological sciences. His most recent book is Research Ethics: A Philosophical Guide to the Responsible Conduct of Research (Cambridge, 2013). He contributed to Chimpanzee Rights (Routledge, 2018) and is the co-editor with Mylan Engel of The Moral Rights of Animals (Lexington, 2016). He lives in Cary, North Carolina. Nancy is a graduate of Thiel College with a major in English. She gained certification in teaching children with special needs from the University of Pittsburgh. When she and Tom moved to Raleigh she sat on the board of Raleigh Preschool and was a supervising teacher in special needs education. Later in her career she pursued cultural resource management and was active in Raleigh arts organizations, including the NC Museum of Art. She has focused on cultural understanding—from children with special needs to animals without a voice. In 1985 she was inspired by Rachel Rosenthal’s groundbreaking piece, “The Others.” Her vision, complemented by Tom’s academic leadership as a philosopher, helped the Culture & Animals Foundation take shape. Whether through “Animal Awareness Week” or the “International Compassionate Living Festival,” Nancy has created venues for people to gather, discuss, and share, with the hope of raising awareness of animal rights. She lives in Raleigh, North Carolina.

Marion is a graduate of Millsaps College in Sociology and Anthropology. Passionate about growing organic food, she spearheaded Mississippi’s first whole foods co-op. After obtaining a masters’ degree in marketing and finance from the University of Memphis, she worked as a marketing director. Marion moved to Raleigh in 1992 to open a marketing consultancy. She met her neighbors, Nancy and Tom Regan, and joined the board of CAF in 1995. Since 2013 she has been co-director of Wholistic Health Studio in Durham, NC, a center offering wellness and fitness classes, and seminars on wellness and health. Marion lives in Durham, North Carolina. Mylan teaches in the department of philosophy at Northern Illinois University. He is the co-author with Kathie Jenni of The Philosophy of Animal Rights: A Brief Introduction for Students and Teachers (Lantern, 2010) and has contributed numerous articles to journals and chapters to books, including “The Commonsense Case against Animal Experimentation,” in The Ethics of Animal Research: Exploring the Controversy edited by Jeremy Garrett (MIT, 2012). He is the co-editor with Gary Comstock of The Moral Rights of Animals (Lexington, 2016). He lives in DeKalb, Illinois. Jo-Anne is an award-winning photojournalist, educator, and founder of We Animals, a collection of photographs of animals in the human environment. She is the author of Captive (Lantern, 2017) and We Animals (Lantern, 2013), and the subject of Liz Marshall’s acclaimed documentary The Ghosts in Our Machine. Her work has been featured in books and publications, such as National Geographic, Elle Canada, Canadian Geographic, and Earth Island Journal, and has won many awards, including HuffPost WOMEN’s “Top 10 Women trying to change the world.” She lives in Toronto, Canada. Kim is an author and scholar working in animal advocacy. He is currently a consultant to Compassion in World Farming and Alley Cat Allies and the executive director of Minding Animals International. He was the co-founder of the Animals & Society Institute, helped co-ordinate CAF’s International Compassionate Living Festival, and edited The Animals’ Agenda magazine. He is the author of Growl: Life Lessons, Hard Truths, and Bold Strategies from an Animal Advocate (Lantern, 2014). Kim currently divides his time between Hastings in the United Kingdom and Bethesda, Maryland. 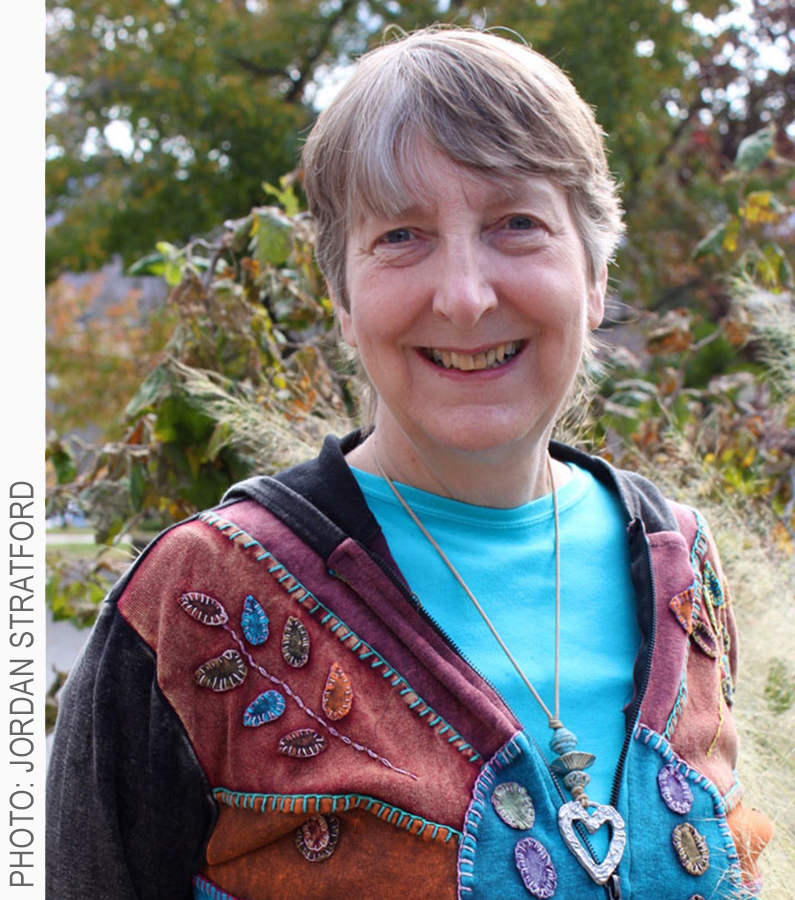 A feminist-vegan advocate, activist, and independent scholar and the author of numerous books, including her path-breaking The Sexual Politics of Meat: A Feminist-Vegetarian Critical Theory, Ms. Adams has produced a body of work that’s been widely cited, anthologized, and translated. A recipient of a CAF grant in 1988, she gave the inaugural Tom Regan Memorial Lecture in 2018. She lives outside of Dallas, Texas. The artist and scholar, Steve Baker, is an Emeritus Professor of Art History at the University of Central Lancashire and has received CAF grants in 2010 and 2014. His work, which in recent years has involved, photography, has been exhibited throughout the UK and internationally, including in two major animal-themed museum shows. Among his books are Artist | Animal and Picturing the Beast. He lives in Norwich, UK. Born in Milan, Italy, Sebastiano Cossia Castiglioni is an award-winning entrepreneur, activist, investor, and advisor to businesses and governments around the world. An impassioned vegan and animal rights activist, his primary focus is on promoting the benefits of a plant-based lifestyle globally, fighting against the cruelty and injustice of animal agriculture, and striving to protect the natural world from the environmental effects of climate change resulting from the consumption of animal products. Novelist, essayist, linguist, translator, and recipient of the 2003 Nobel Prize in Literature, J. M. Coetzee was the first writer to be awarded the Booker Prize twice: first for Life & Times of Michael K in 1983, and again for Disgrace in 1999. A number of his writings, including The Lives of Animals, have explored cruelty toward animals. The J. M. Coetzee Centre for Creative Practice is based at the University of Adelaide in Australia, where he lives. A scholar of environmental ethics, Dale Jamieson teaches environmental studies and philosophy, is an affiliated professor of law, the director of the Animal Studies Initiative, and the founding director of the Center for Environmental and Animal Protection at New York University. His most recent books include Reason in a Dark Time and Love in the Anthropocene (with Bonnie Nadzam). He lives in New York, New York. Syl Ko studied philosophy at San Francisco State University and the University of North Carolina, Chapel Hill. She is the co-author (with Aph Ko) of Aphro-ism: Essays on Pop Culture, Feminism, and Black Veganism from Two Sisters. She is currently working on a journal article using the black decolonial tradition that argues against a view that uses Wittgenstein to defend the human/animal moral divide. She lives in Westbrook, Maine. Jeff McMahan is White’s Professor of Moral Philosophy at the University of Oxford, where he focuses on normative and applied ethics. Among his numerous articles and books are The Ethics of Killing: Problems at the Margins of Life and Killing in War. He contributed the essay “Tom Regan: An Appreciation” to The Moral Rights of Animals, edited by Mylan Engel and Gary Comstock. Eva Meijer is an artist, writer, philosopher, and singer-songwriter. Her work ranges from performance art, music theatre, video, drawing, photography, and toys for pigs. She has a Ph.D. in philosophy from the University of Amsterdam, and is currently conducting post-doctoral research at the University of Wageningen, the Netherlands. Her most recent book is a novel entitled Bird Cottage. Ellie Sarty is a singer-songwriter—most recently of Food Chain Re-Imagined. A CAF grantee in 1998, she is the founder of Compassion Arts, which organizes festivals throughout the U.S. In 2017, Compassion Arts partnered with CAF to host the 2017 Compassion Arts and Culture & Animals Festival in New York City. She lives in Worcester, Massachusetts. 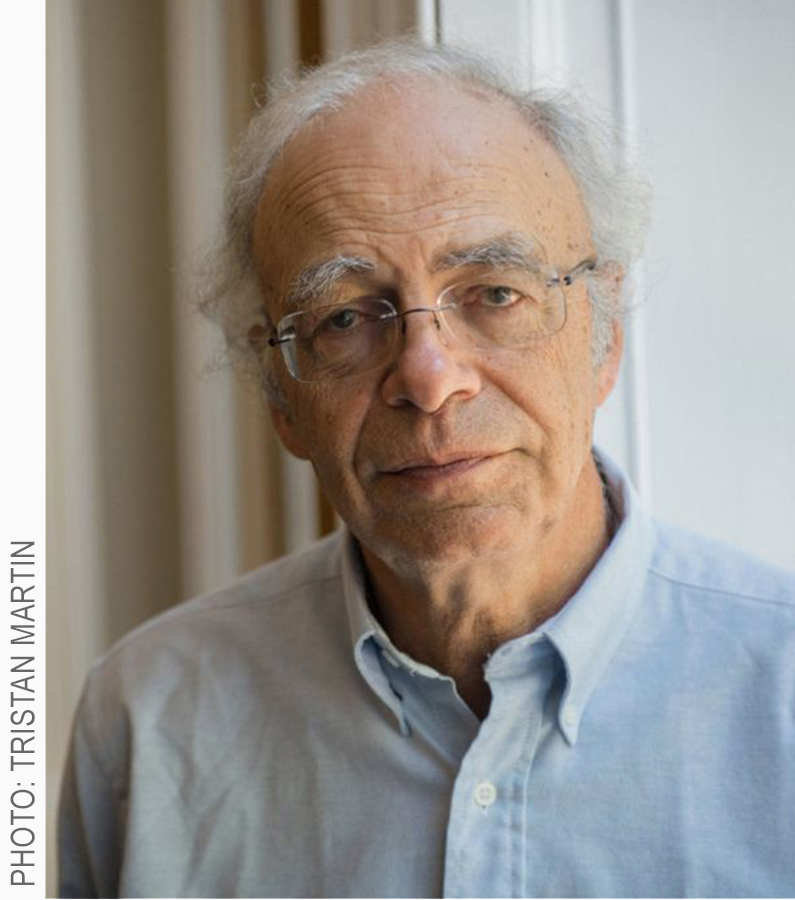 A moral philosopher, best known for his book Animal Liberation: The Definitive Classic of the Animal Movement, Peter Singer is Professor of Bioethics at Princeton University and a Laureate Professor at the Centre for Applied Philosophy and Public Ethics at the University of Melbourne. With Tom Regan he co-wrote Animal Rights and Human Obligations. He lives in Princeton, New Jersey. A 2018 CAF grantee, Radhika Subramaniam is the Director of The Sheila Johnson Center & Assistant Professor of Art & Design History at The New School’s Parsons School of Design. Her interdisciplinary practice that deploys such platforms as exhibitions, texts, and public art interventions as conscious forms of knowledge-making. Her essay “The Elephant’s I” appears in Animal Biography. She lives in New York, New York. Jessica Ullrich is a visiting professor at the Kunstakademie Münster, where she teaches art history and human–animal studies. Her research interests include material aesthetics, posthumanism, ecocriticism, environmental art, performance art, and animal studies. She has curated several exhibitions and video screenings on contemporary art. She lives in Münster, Germany.